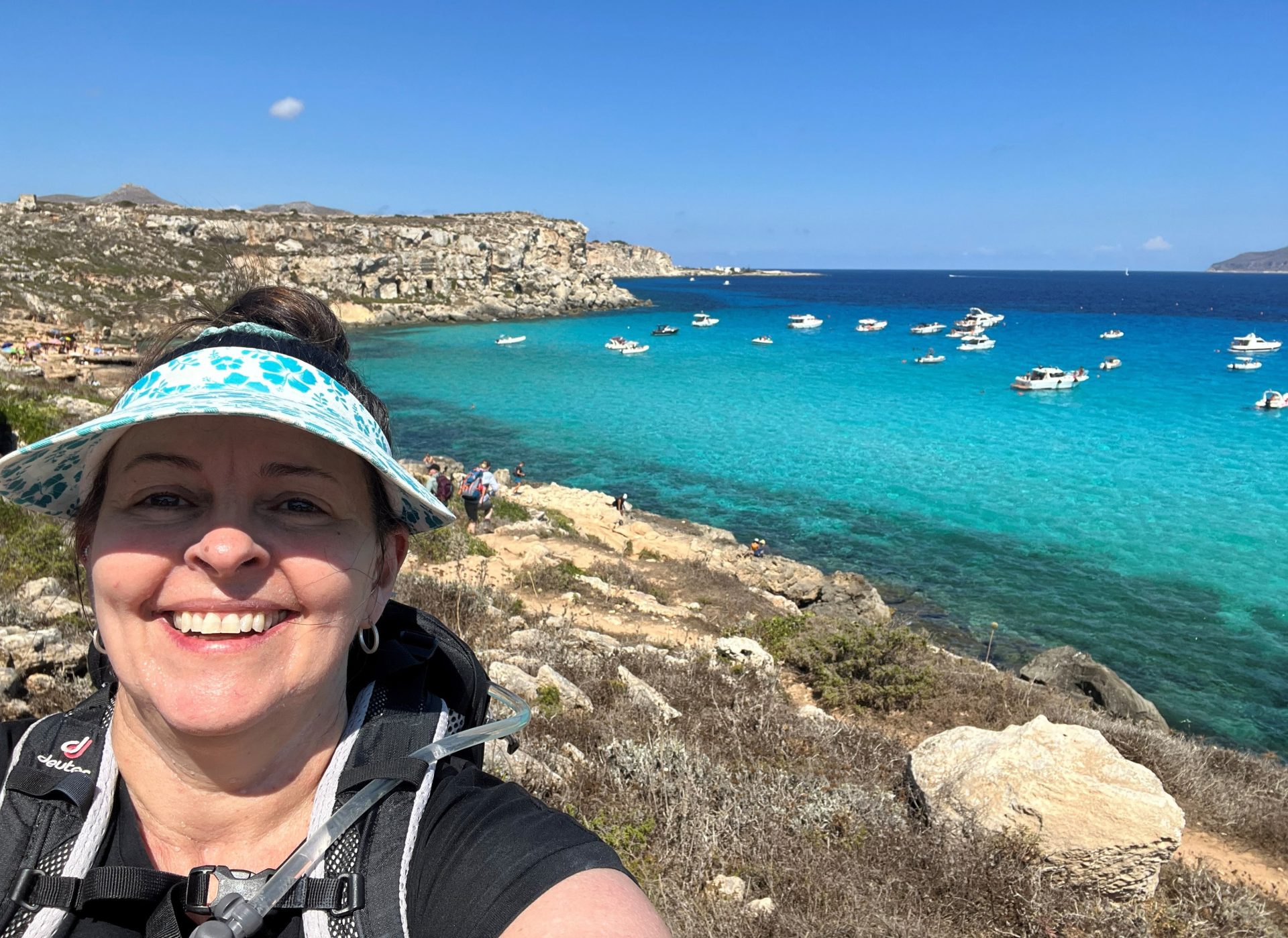 Lu ready to hit the trails again for research

It was hot, the terrain was steep and rugged, and there was no alternative but to keep pushing ahead despite tired, aching muscles.

But after spending 12 days trekking across Sicily to raise money for ovarian cancer research, Albury radio host Lu Pelizzari can’t wait to do it all again.

This time Ms Pelizzari and co-organiser, Kellie Kadaoui from Wildlime Events, are planning to travel to Greece.

She described it as a “life-affirming adventure”.

“When you were putting on deep heat or taking Nurofen just to get you through the day, it was at times a little bit daunting,” she said.

“But it was really an amazing experience and I feel super privileged to be able to do it.”

Lu’s Dolce Vita, which saw 13 local women trek 100km across Sicily, was due to occur in August 2020 but was postponed because of COVID.

The group was finally able to make the trip in July and August this year.

Ms Pelizzari said the trip hoped to raise at least $30,000 to pay for a part-time research nurse to conduct ovarian cancer trials at the Albury Wodonga Regional Cancer Centre.

“And a large part of that was through a teal luncheon held by the Community Crew.”

For Ms Pelizzari, the cause of ovarian cancer research in particular was one close to her heart, after a friend was diagnosed with the disease at 39

She also became involved with the now defunct Border Ovarian Cancer Awareness Group, which was overseen by Heather Watts whose daughter Kelsey lost her battle with ovarian cancer in 2011, aged just 33.

Of the 13 women who completed the Sicily trek, Ms Pelizzari said most of them had their own stories of family members who had battled cancer.

“But I think the one reason that stood out to me for everyone was that when you’re able to do those sort of things, you really need to get out and do them,” she said.

“Live your life while you can.

“Not to be morbid or negative, but you just don’t know when your life might change.

“You hope it doesn’t change for the worse, but you absolutely never know.”

Up to 14 men and women will travel to Greece in June next year to raise money for local ovarian cancer research.