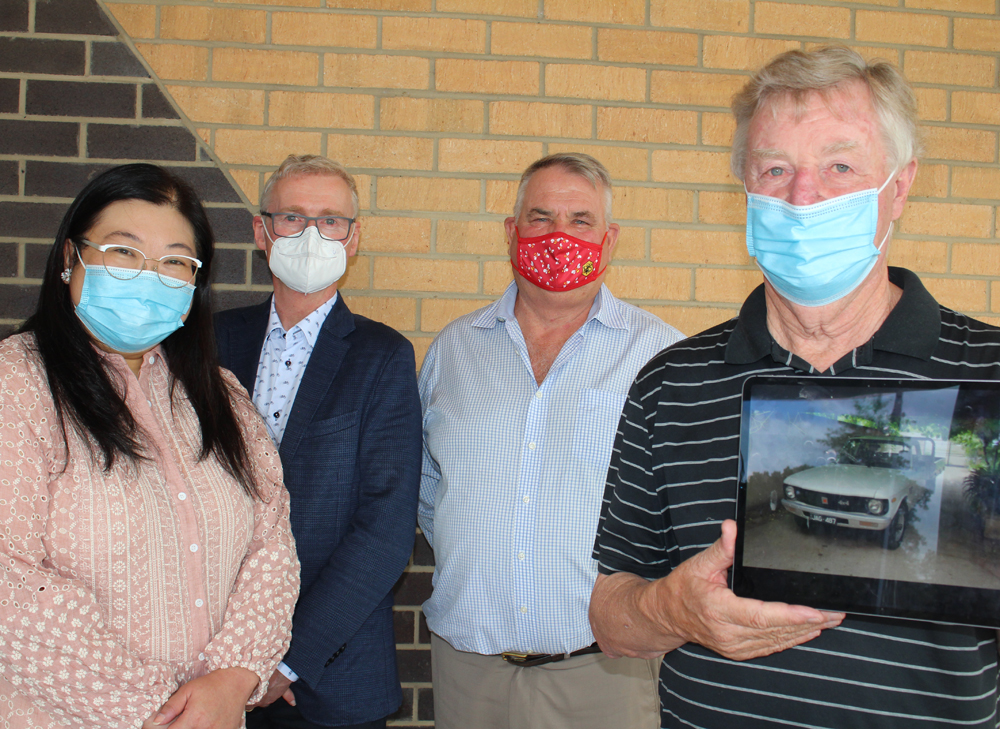 A world-first study funded by the Albury Wodonga Regional Cancer Centre Trust Fund has found that photographs can help improve the supportive care of cancer patients aged over 70.

A $20,000 grant was provided to Border Medical Oncology, the UNSW Rural Clinical School and the La Trobe University John Richards Centre for Rural Ageing Research to conduct the research over eight months.

As part of the project titled Geriatric Oncology in the Instagram Era, nine patients were asked to provide photographs that helped the care team learn more about their identity, values and environment.

“It helped us focus on what matters to the patients and to not take things for granted,” he said.

“One patient who was in her late 80s submitted a photo of her golf trophies as something that was important to her.

“Based on her age you wouldn’t have thought she was still out playing golf, but she had the photograph to prove it.

“This enabled us to have a discussion to learn more about the patient and her ability to do things, and to take ageism out of the equation.”

Nine of those patients were asked to provide photographs representing their identity, home environment, something that’s important to them and their mode of transport.

The photos were then used to undertake a 45-minute interview and produce a one-page summary.

The study also included a 15-minute geriatric assessment questionnaire which is still being used at the cancer centre to assess older patients.

While the project was found to have a positive impact on supportive care, further research will need to be undertaken to integrate it into everyday care.

Harry Thomas, of Beechworth, was invited to take part in the research after being treated for colon cancer last year.

He said the project was “extremely beneficial” in allowing clinicians to understand potential strengths and challenges for their patients.

“Christopher got a good insight into who I am and what I’m about, and you would expect that would result in better outcomes for people,” he said.

Assoc. Prof Steer said the project has fostered collaboration between the cancer centre and La Trobe with further research to be undertaken into patient-centred care.

Since the project began, Assoc. Prof Steer said most clinicians now show a photograph of the patient in the weekly new patient meetings.

“This puts the patient more at the centre of our discussions,” he said.

“So, it appears to have had a flow on benefit for all patients, not just the older patients.”

The project was carried out by UNSW medical student Darren Jayasuriya as part of his fourth year Independent Learning Project.

The findings have been presented by La Trobe’s John Richards Centre for Rural Ageing research, Professor Irene Blackberry, to the Australian Association of Gerontology and the Gerontological Society of America 2021 Annual Scientific meeting.