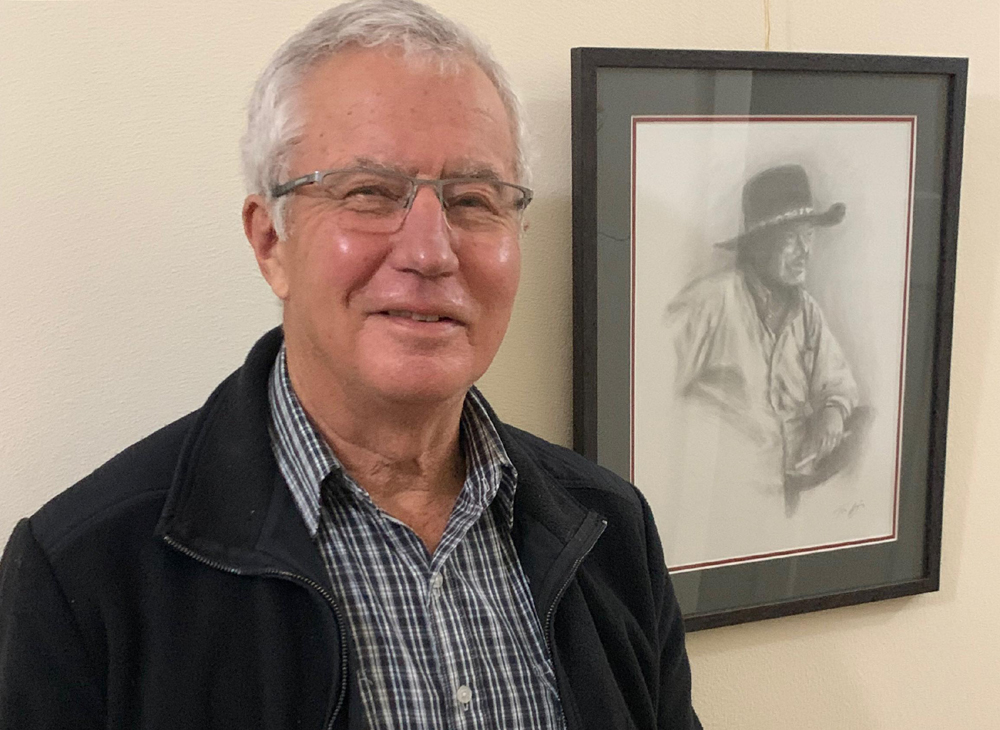 Former Albury school teacher, Barry Wenke, regards a notepad and pen as more useful than a camera when travelling.

It was during a teaching exchange to Canada in 2006 that he began to appreciate the connection between travel and poetry, or as he puts it, “how a poem can be a postcard”.

“It is a record of a special experience, but hopefully more than that as well,” he said.

“It should aim to offer some insight and challenge the reader in some way.”

He has now published a collection of more than 60 poems written since then, many of which were inspired by his travel around the world.

The title poem, Monument Guide, is based on an experience in Monument Valley, Utah, in 2013.

For every copy of Monument Guide sold, Mr Wenke will donate $5 to the Albury Wodonga Regional Cancer Centre Trust Fund.

Before his retirement in 2012, Mr Wenke taught English in NSW secondary schools for 40 years. This included six years at Albury High School, and 22 years at The Scots School Albury.

While he spent much of his career reading and teaching poetry, it wasn’t until 2004 that he tried his hand at writing some himself.

“I was a participant in a very large gathering of English teachers in Sydney who were working on formulating a new syllabus,” he said.

“After an exhausting day of trying to put some shape onto the diverse jumble of ideas, I scribbled a few lines and found it to be very liberating and addictive.

“There is a range of poems in this collection, based on my life and experiences, including a fair few about travel, not always as a tourist.

“One of my sons was seriously injured in a road accident in Canada in 2014, so that experience has led to a number of more serious poems relating to his recovery.

“Other poems are often light-hearted observations of human nature in a variety of situations, hopefully giving the reader something to think and smile about.”

Mr Wenke and his partner, Bette Cunningham, are selling copies of Monument Guide for $20 each.

For information and orders, contact Ms Cunningham on 0419 493 575 or email [email protected]